A few years ago, I happened to spend Christmas in the company of a Norwegian friend and got to experience a traditional dish commonly served the morning of December 24th in homes across his northerly homeland. The memory of its subtle sweetness and warming heartiness has stayed with me and this year, I decided to make it here in Paris. And to share it with you! Get ready to experience risengrynsgrøt (rice porridge).

This vegan version of the grøt (porridge) is very easy to make, composed of a just a few ingredients. And if you use rice milk, which is naturally sweet, there’s no need to add any sugar.

In preparing my own recipe, I drew inspiration from basic rice pudding recipes and also this Norwegian vegan risengrynsgrøt recipe. Some versions call for other milks, including full-fat canned coconut milk, but I found that rice milk thickened up nicely enough.

Risengrynsgrøt is traditionally served with husholdningssaft, a juice made from apples, grapes and cherries. Personally though, I dislike pairing sweet dishes with sweet beverages. And since I’m not Norwegian myself, I decided to flout tradition and have it with coffee.

My Norwegian friend later assured me that it was okay to have coffee too (emphasis his). I promised to have some berry juice later in the day to make up for it, but he only sighed and shook his head in dismay.

A word of caution about cinnamon:

There are two types, Cassia and Ceylon. Cassia, the most common kind due to its lower cost, can cause stomach pains and more serious problems if consumed in higher doses (1 teaspoon or more per person, per day) due to the coumarin it contains. So although cinnamon is yummy, be careful not to overdo it if you suspect yours is the Cassia variety. 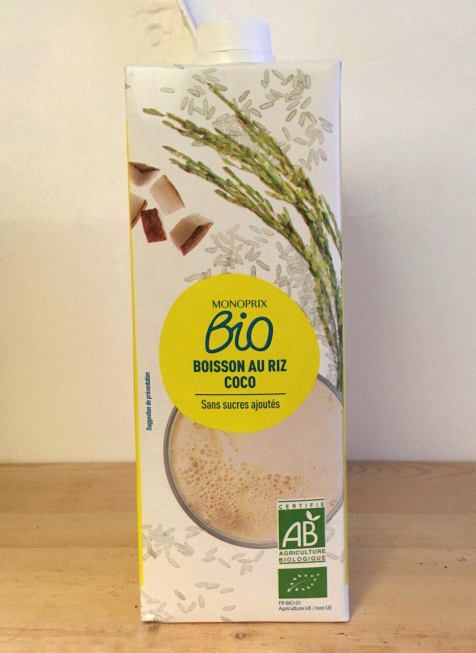 The rice you want for this recipe is the short-grain type, the kind used to make risotto. For the liquid, I recommend rice milk because it is naturally sweet (I used a rice and coconut milk blend). But you can substitute another plant-based milk and add a bit of sugar if needed. 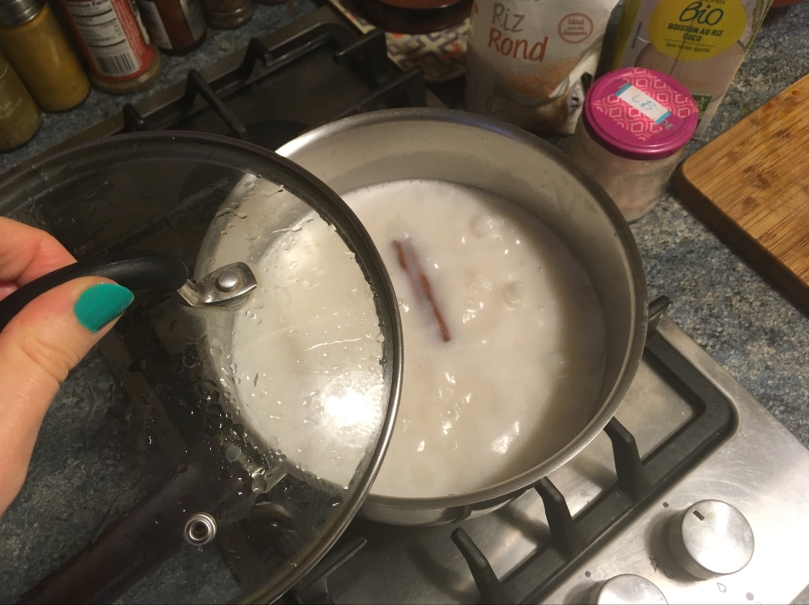 Combine the rice, milk, pinch of salt and cinnamon stick in a saucepan. Cover and bring to a boil over high heat. Once it is boiling, turn the heat down to low and simmer (still covered) for 15-20 minutes until the rice is soft. During this time, stay close, stirring occasionally and ensuring that the mixture doesn’t boil over. 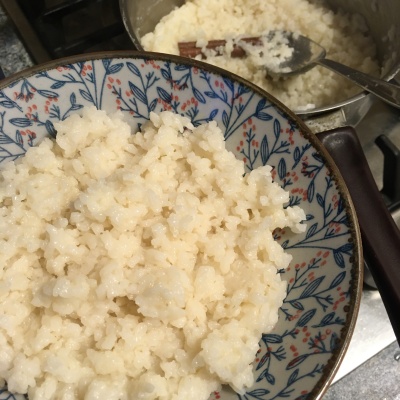 When the rice is done, taste it to see if you want to add some sugar. Remove the cinnamon stick (tip: save it to make pot-pourri with later).

Serve the rice porridge in cereal bowls. Place a pat of margarine or vegan butter in the center of each bowl and sprinkle the top with a small amount of ground cinnamon (see my word of caution about cinnamon above). When the margarine has melted, stir it into the porridge to combine. 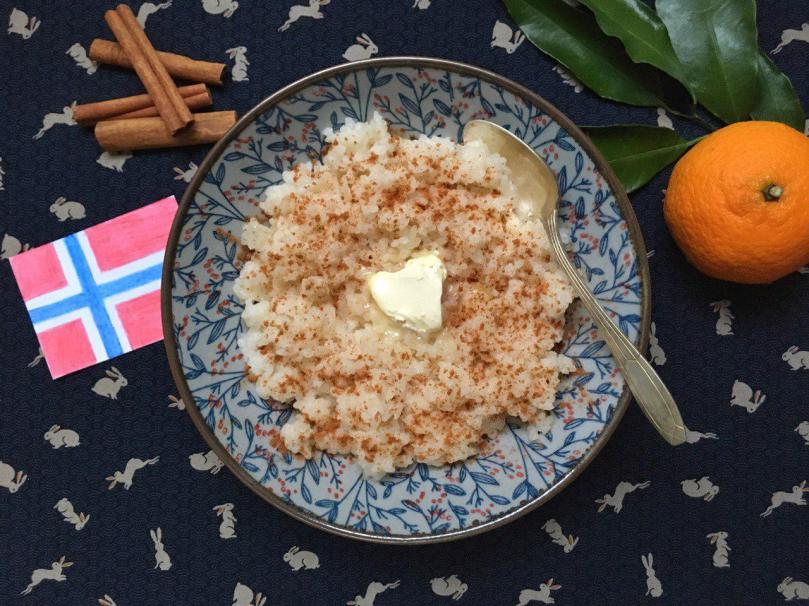 If reheating leftover rice porridge, mix in some extra milk while stirring to achieve a creamy texture again.

Variations: add diced raw apple, raisins or dried cranberries to the rice near the end of the cooking process. Dust some sugar and/or gomasio over the top if you like.

Where to find ingredients…

Short-grain rice: most general grocery stores offer this type of rice, labeled variously as risotto rice, arborio rice or sushi rice. In France, riz rond is what you want.

Vegan butter: make it yourself with this recipe, or, in North America, look for Miyoko’s amazing European-style cultured vegan butter.

Don’t miss my other Christmas posts!