During my visit back home in the Midwest this summer, I decided to try baking a molasses cake with a crumb topping that my mom used to make when I was little. It was one of my very favorites back in the day, but I hadn’t had it for ages and wondered if my result would be true to my memories. Turned out, it was every bit as yummy as I remembered and the traditional recipe was even accidentally vegan (although some versions use butter instead of oil). I thought it would be a fun recipe to share with you all, especially since it’s somewhat uncommon.

Its name comes from the large amount of thick, gooey molasses that goes into it… so sweet that it attracts sugar-loving insects which must then be “shooed” away. 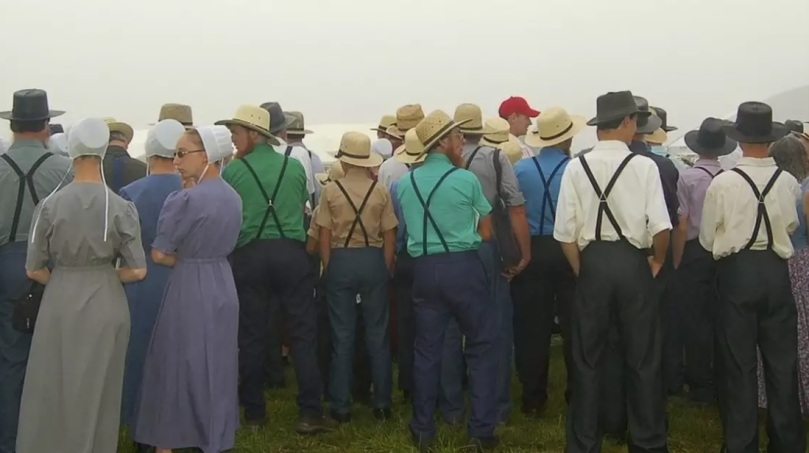 In researching it, I discovered that it’s actually an Amish recipe.  I’ve always been fascinated by this unique culture, which you’ve probably heard of even if you’re not from North America. This group, most famous for rejecting modern technology, is made up of several distinct but related traditionalist Christian church fellowships with German and Swiss Anabaptist origins. Several hundred thousand of them live in rural parts of the US and Canada, and their best known settlements are in Pennsylvania. There are some in my home state of Wisconsin, but I’ve never encountered them anywhere but on the Amtrak – since they don’t drive or fly, trains are their main form of transportation when going long distances. I find it quite remarkable that they’ve managed to preserve their way of life and language (Pennsylvania German) all this time. 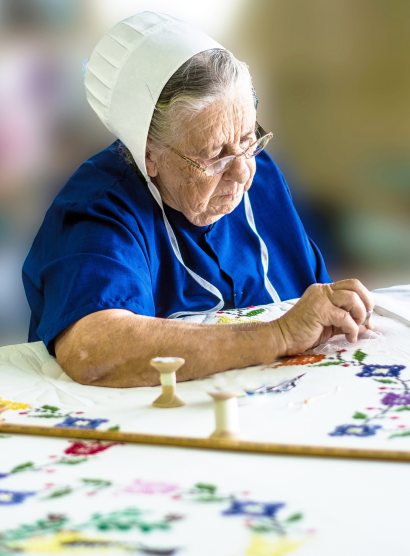 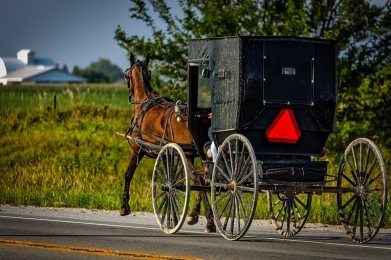 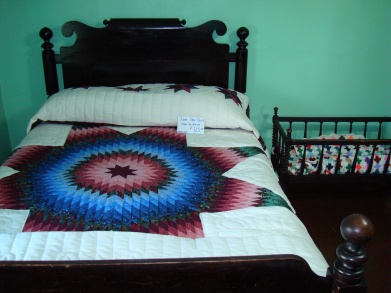 This British reality TV show provides an interesting glimpse into an Amish community that hosted a group of decidedly non-Amish teenagers from the UK. Other more traditional documentaries can also be found on YouTube. 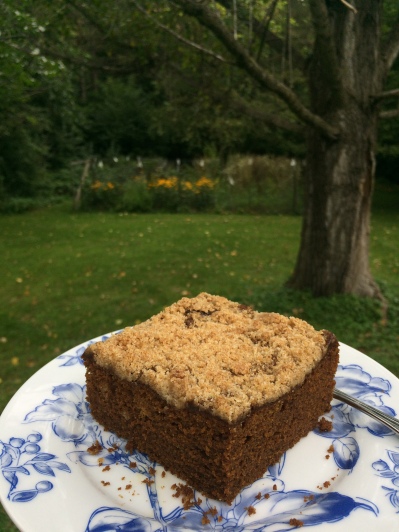 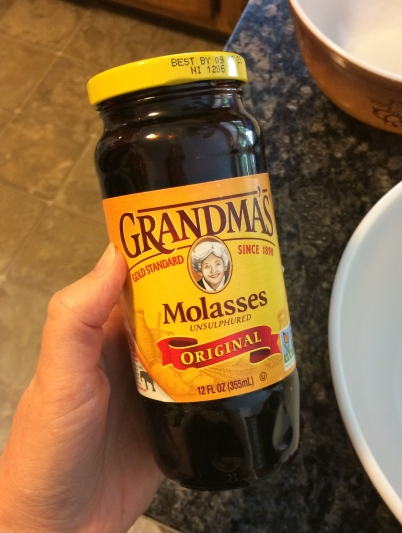 Molasses is the star of this scrumptious moist dessert, which in my view can compete with the most decadent chocolate cake any day in terms of richness of flavor. It’s made by refining sugarcane and tastes something like a stronger and darker maple syrup with notes of gingerbread and honey. Molasses isn’t used so often today, but it was a very common sweetener in the Americas before the 1900s.

Unlike white sugar, molasses contains nutrients. It’s an excellent source of vitamin B6 and key minerals including calcium, magnesium, iron and manganese (one tablespoon provides 20% the recommended daily amount of each).

Traditional versions of this cake call for a lot of sugar – one recipe I found actually calls for 3 cups of it (!) for 4 cups of flour. I read that the Amish view high-calorie food as a plus, since they do a lot of manual labor and need the energy. Fair enough, but being a sedentary city-dweller myself, I dialed the sugar back to just 1¼ cup, which was quite enough in combination with regular molasses. If you’re using the more bitter blackstrap molasses, you may want to add more sugar.

Finally, this recipe yields quite a lot of cake (enough for a large Amish family!) so feel free to cut the amounts in half and use a smaller baking dish. Alternatively, make the recipe as is but put half in the freezer for later. 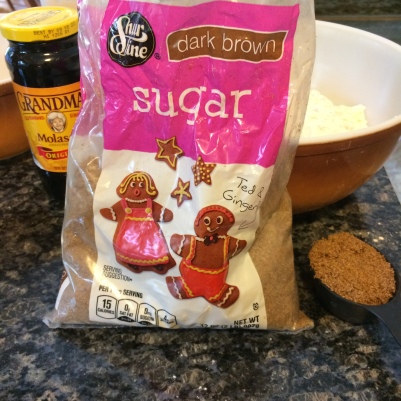 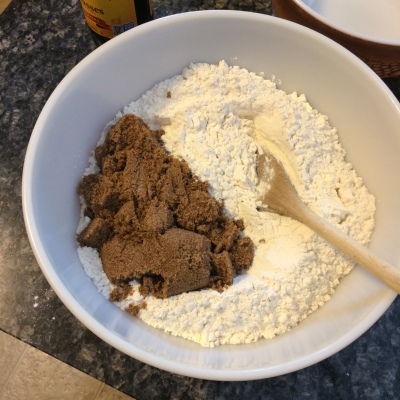 Preheat your oven to 350°F (180°C). Start with the flour in a large mixing bowl. Add the brown sugar and salt and stir to combine. 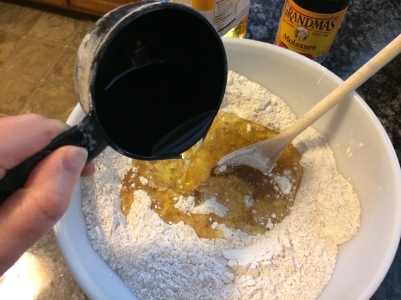 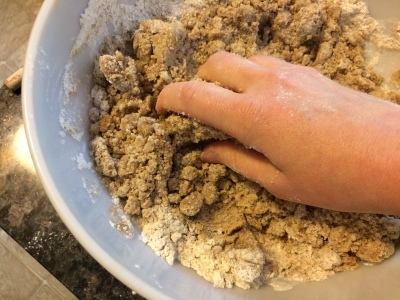 Add the oil and stir to incorporate. You may need to knead it with your hands at some point to achieve a fully homogeneous result. The texture will be similar to moist sand. 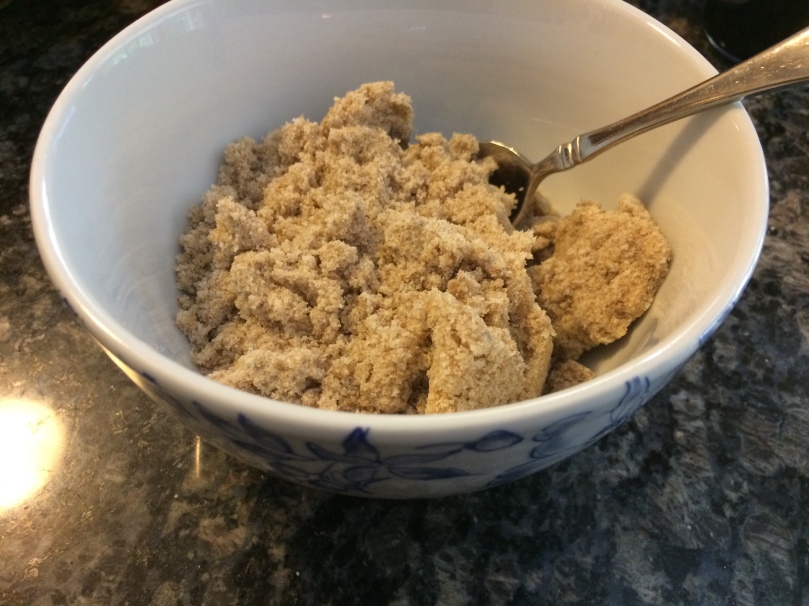 Reserve 1 cup of the crumb mixture to top the cake with just before baking. Set the large mixing bowl of dry mixture aside. 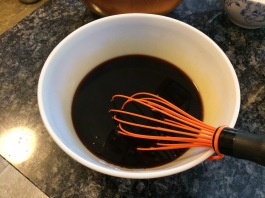 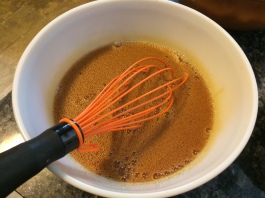 Take another large bowl for the wet mixture. Add the molasses, scraping the measuring cup thoroughly to get all of it out. Add the boiling water and stir to combine, then add the baking soda (the mixture will foam up, which is why it’s good to use a larger bowl). 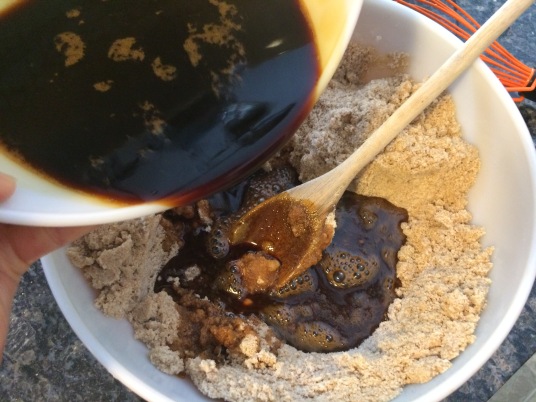 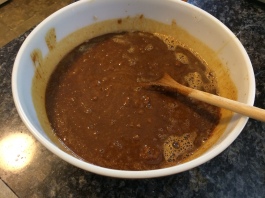 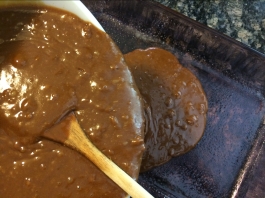 Now incorporate the wet mixture into the bowl with the dry mixture. Stir to combine, being careful not to stir too much as this can make the cake texture tough (it’s okay if a few lumps remain). Pour into a greased baking dish. 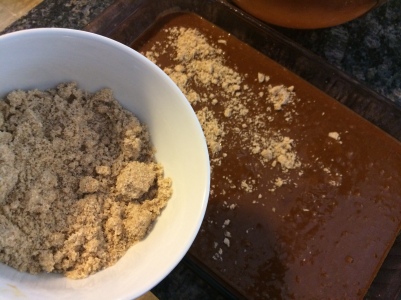 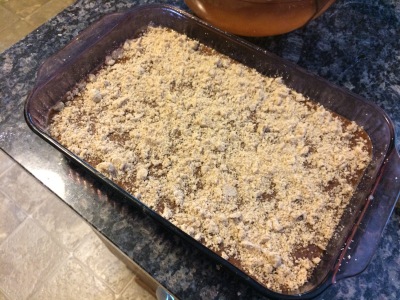 Sprinkle the reserved crumb topping over the the batter, taking care to ensure the coverage is even. Place in your pre-heated oven and bake for 45 minutes or until a toothpick inserted in the center comes out clean. 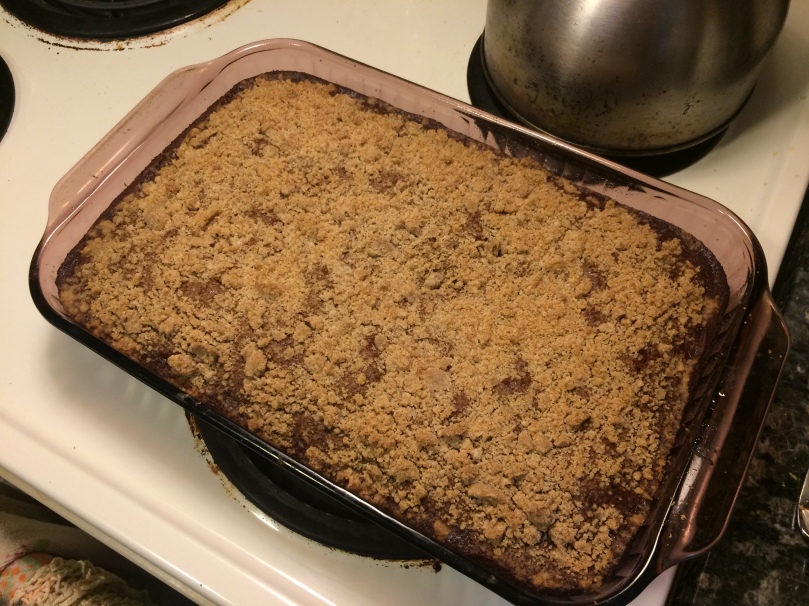 Remove from oven and let cool completely before attempting to cut into it, otherwise the squares may not keep their shape.

Cover the baking dish with plastic wrap or transfer leftover slices to a Tupperware container so the cake doesn’t dry out. 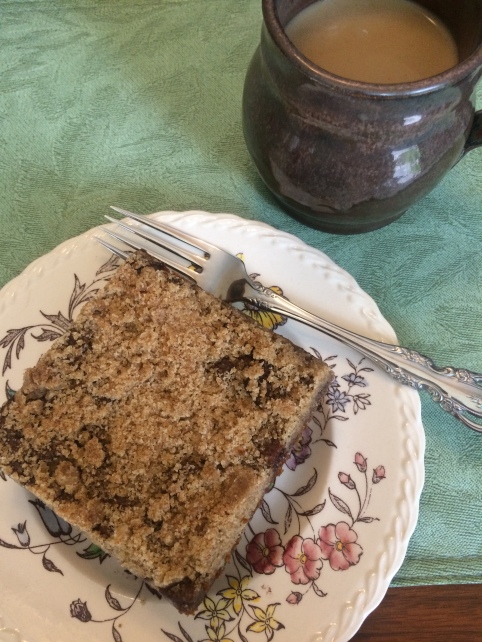 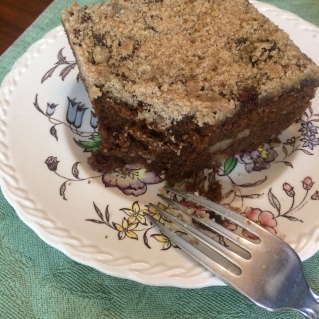 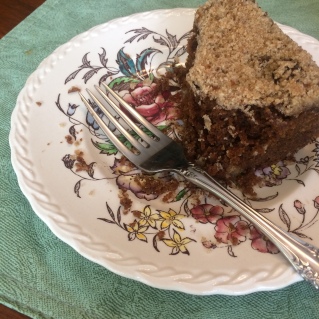 I hope you enjoy this one-of-a-kind cake! Who knows, it may just become one of your favorites, too.

Where to find ingredients…

In North America: Molasses and brown sugar can be found at most grocery stores with a wide range of products.

In France: Molasses (mélasse) and brown sugar (sucre semoule) can be found at organic food shops but not always at mainstream grocery stores. Note that sucre semoule is a very specific moist sugar that’s different from sucre roux and sucre complet (also known as rapadura), which are dry sugars. Then moistness comes from the presence of molasses, so if you’re in a bind, you can actually make brown sugar yourself. Still, it’s better/safer to get prepared brown sugar if you can. Baking soda (bicarbonate de soude alimentaire) is not as common a baking ingredient in France as in the US, but you should be able to find it at most grocery stores if you look around enough. This is something I stock up on whenever I make a trip back home. Be sure the label says alimentaire or that it’s otherwise safe to use in baking, as you might find it in a cleaning-product form with non-edible chemicals added.